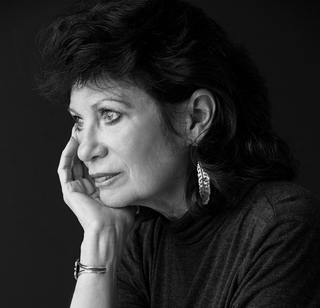 My maternal and paternal great-great-grandparents migrated from Mississippi and Kentucky into Indian Territory in the late 1800's; they settled in the valleys of the Choctaw Nation two decades before Oklahoma became the forty-sixth state. I was born there, in the Sans Bois mountains, and though I didn't grow up there, it's the place to which I so often return, in my life and in my fiction. It's a harsh, beautiful landscape, gorgeous to look at but filled with living things that can hurt you: rattlesnakes and copperheads, stinging scorpions, ticks, chiggers, snapping turtles, briars and brambles and thorn trees. The harshness of the mountains has shaped the people I come from, given form and voice to my fiction. Their language is rich in idiom, steeped in Southern cadence and the King James Bible. Their voices, this landscape, shape everything.

I grew up in the little city of Bartlesville at the edge of the tallgrass prairie in northeastern Oklahoma, where the earth is dominated by sky and wind: a gentler landscape than the mountains we moved from when I was three. An oil company town, Bartlesville had, in the years I lived there, good schools, clean streets, one of the highest per capita incomes in the nation, and a kind of secret race-and-class-determined poverty in certain sections of the city that seemed to me harder than the rural poverty of southeastern Oklahoma. In Bartlesville I received my education in the magic of books, the insidiousness of racism and classism, the forces of money, oil, societal opinion. Growing up in that company town shaped my interest in exploring the American stories of class and race.

In my twenties I lived on the banks of the Illinois River near Tahlequah, the capital of the Cherokee Nation. Tahlequah is in the Cookson Hills of eastern Oklahoma, a woody, vine-clotted land of clear waters and flinty hills, thick with blackgum, dogwood, redbud: beautiful, mysterious, spirit-filled. As a child I'd always been told we were part Cherokee on my father's side, part Choctaw on my mother's—old family stories I doubt now but believed then. My years in Tahlequah gave me my first connections to Native people, grounded me in friendships that came to shape everything I know about writing, art, Oklahoma, the power of place.

When I was 29 I moved to New York to pursue an acting career, but I soon turned to writing—plays at first, and then fiction. My husband and I moved from Hell's Kitchen to Brooklyn, and it was there I met Marlene and her family, who soon became my second family. Her children are my godchildren, our lives are inextricably bound, and have been for three decades. Their presence in my life informs, in some way, all of my work. The season when I met Marlene—the fall of 1989—is also when I first learned about the Tulsa Race Massacre while reading a biography of Richard Wright. I knew at once I would write about it. I didn't know it would take eleven years.

I kept going farther back in Oklahoma's history, trying to understand how the seeds of such violence and hatred were carried into Indian Territory. I returned to old family stories about two brothers named Askew who loaded up their families in wagons and left Kentucky in the middle of the night, headed for Indian Territory. In reimagining my own family's story, I drew closer not only to painful white attitudes about race but to the very sources of violence within us, to questions of guilt and repentance. The immersion carried me into my first novel, THE MERCY SEAT, set in the late 1800's. It turned out to be a story I had to tell before I could write about the Tulsa Race Massacre of 1921.

Beginning that work of historical fiction, FIRE IN BEULAH, I knew I wanted the history to be as keenly felt as the fiction. When I began my research in the early 1990s, it was still very hard to uncover the facts of the massacre, but the climate of white supremacy that led to it was starkly evident in every newspaper archive I read. I knew that I didn't want the white characters to be the Great White Saviors, as is so often the case in stories of racial violence written by white authors, but rather the perpetrators, in large and small ways, of that apocalyptic destruction—to be, in the words of James Baldwin, the authors of devastation. And I knew, too, that I wanted to tell something about women's lives and how they intersect with one another and with incidents of great social upheaval, violence, and change: how they're forged and impinged upon by the dominant forces that shape history, and so shape us all.

My third novel, HARPSONG, looks at many of the same things. It's set during the Great Depression, another mythic era in Oklahoma's past, and has its seeds in historical event. The narrative takes place not among the Dust Bowl Okies who migrated to California but among the unheralded Okiahomans who stayed home. It's a folktale about communal hardships and individual suffering, sin and redemption, love and fractured families. Poet Mary Green described it as "a love song to the American voice and the American perspective…about the love that is involved—with all the accompanying stark failings and supreme acts of kindness—in being fully human."

My novel KIND OF KIN bumps forward to the twenty-first century, and includes a fourth cultural thread, Latino, but it tells much of the same old unhappy story. In 2007 Oklahoma enacted one of the earliest and toughest state immigration laws in the nation. House Bill 1804 made it a felony to harbor or transport any undocumented person. I looked to the past and saw the precedent: the very first laws enacted by the Oklahoma legislature after statehood were laws of segregation—Jim Crow laws. I saw the same legislative scapegoating in 2007 that led to the Tulsa Race Massacre in 1921. Why does this keep happening, I asked myself, in this place that so prides itself on its "Christian" values, citizens, leadership? KIND OF KIN asks what it means to be a person of faith who must choose to subscribe to, or resist, laws that target a disenfranchised population. It's about other things, too—broken families, a lost child, communicating across cultures without common language; above all, it's about the rural white working class folks I come from, a population that's often talked about in the national dialogue but too little understood.

In my book of essays, MOST AMERICAN: NOTES FROM A WOUNDED PLACE, I deal with the same themes: place and race, guilt and sin, why and how such things happen in Oklahoma and across the nation, what we owe one another as neighbors and citizens, what is my part. I trace my earliest awakenings to what it means to grow up inside the dominant culture, with all the privileges and presumptions of whiteness, but without the full, truthful knowledge of our present and our past. In these pieces of creative nonfiction, as in my life, I'm always looking to understand how to bear witness, what responsibility I owe history, what it means to be an American. 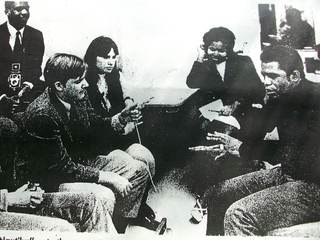 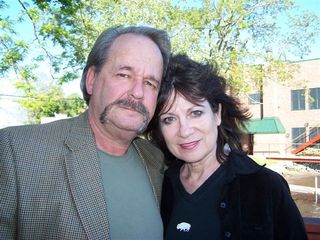 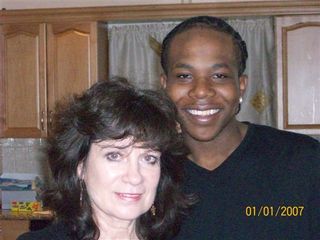 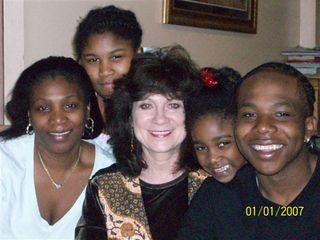